For some kids, the thought of an educational toy or game is an instant turnoff. In these cases, making learning fun can be very similar to trying to get children to eat vegetables. Sometimes it requires some creativity and cunning by a parent or teacher to make a positive choice palatable.

Thankfully, innovators and toy-makers have answered the call. There is an increasing number of creative products designed to make learning not only happen, but enjoyable. Here are a few of the best… 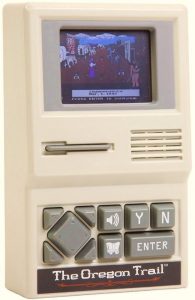 The Oregon Trail is a classic piece of educational software created by the Minnesota Educational Computing Consortium (MECC) in 1974 to teach children about American westward expansion. For many kids of the 1980s and 1990s, The Oregon Trail is considered the definitive school computer lab classic.

In the game, the player makes crucial decisions for their virtual party of travelers as they navigate from Independence, Missouri to a new life in the Oregon Country in 1848. Managing supplies, choosing routes, grappling with disease, and balancing risk versus reward are all part of the simulation.

Recently, the original classic computer game has been ported to a handheld making it accessible to a whole new generation of would-be travelers. Players in the 21st century can use what looks like a mini Apple II (the computer of choice for many schools in the 1980s) to guide their 19th century American family to a new life out west. 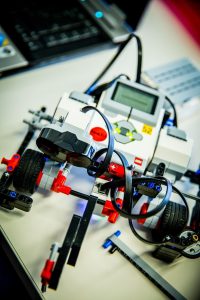 Since their rise to fame in the 1950s, the interlocking plastic bricks have expanded their brand to include movies, clothing, video games, and more. Included in this growth have been numerous education-focused initiatives designed to help teach kids about concepts like engineering, physics, simple machines, and robotics.

As the STEM movement continues to gain popularity and concepts like makerspaces become more commonplace in both homes and schools, Lego has positioned themselves as big players on the cutting edge when it comes to providing creatively engaging combinations of tools and toys.

Some of the best examples of these products include:

With all of these products, standard Lego bricks, figures, and accessories can be added on for even more customization options. Kids can try their hands at core STEM skills through play and experimentation without even realizing they are doing it! 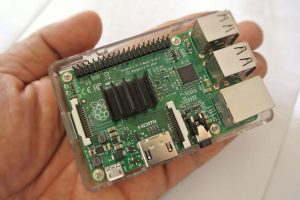 Since 2012, the Raspberry Pi Foundation has been producing inexpensive, credit-card-sized computers that are versatile enough to serve as low-powered desktops or the brains for creative projects like :

While not a toy (per se), the Raspberry pi is affordable, durable, and supported by a huge online community of creators and tinkerers at the ready to help turn ideas into reality.

If diving into the Raspberry Pi ecosystem without a net seems a bit daunting, consider kits like the Kano kit that come prepackaged with different kid-friendly accessories and project ideas to get things started.

Learning doesn’t have to be a dish best served boring. Finding ways to draw kids into learning in sneaky ways can turn play time into educational time.

Sheldon Soper is a New Jersey middle school teacher with over a decade of classroom experience teaching students to read, write, and problem-solve across multiple grade levels. He holds teaching certifications in English, Social Studies, and Elementary Education as well as Bachelor's and Master's degrees in the field of education. In addition to his teaching career, Sheldon is also a content writer for a variety of education, technology, and parenting websites. You can follow Sheldon on Twitter at @SoperWritings.